Aifric was commissioned by Dutch director Barbara Visser to write the script for a 50 min film C.K. inspired by the 2009 case of Dutch accountant, Clemens Kahman, who embezzled 15mill Euros from an arts foundation and disappeared.

He was tried and convicted in his absence and sentenced to 4 years imprisonment.

Barbara won the prestigious IDFA Mediafonds prize for the realisation of the movie.

C.K. the movie, was premiered on Dutch TV on March 2012.  English subtitles will soon be available. 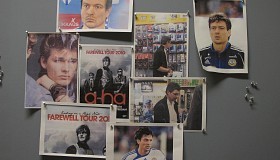